Onwuchekwa David Ebuka a.k.a chicagoego is a Nigerian song writer /Rapper/ musician/ comedian. He currently owns CAGOWORLD Entertainment. He became known after he dropped a cover of kiss Daniel’s song on Audiomark.

David started off on the streets making comedy skits and due to depression he started engaging in sportbets since 2013 to support his music career.

He Represented the school in sports Mostly football and relay race. He graduated from secondary school in 2017 at Saint Saviour High school. He’s currently in a student in an unknown University known to him. Growing up wasn’t easy for him because he lived in pain where people underestimate him.

In an interview he said “people were making jests of me and I never knew I had talents like this until a b*tch told me to chase it. Make I no loose guard God’s gift.”

He continued by saying “My songs would be out on all platforms worldwide and I’m gonna be famous some day. No peace for the wicked. 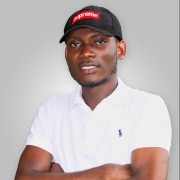 How to Write A Perfect Article – SEO Friendly

After his bride surprised him with a PlayStation 5 on their wedding day, the groom goes bananas (Watch Video)

Ali Was Caught On Tape Smooching Another Girl